The decision was taken to make for Prestwick (Scotland) without going via Iceland. The forecast given by Meteo Swiss indicated that the weather window for us over the Atlantic would close from Monday. In any case we would not take the risk to be stuck in Iceland and miss the reception on the 8th May at the airport of Basle-Mulhouse-Freiburg (which follows our planned landing there at 11am Swiss time). The current forecast for Prestwick is better than earlier ones. If the conditions deteriorate during Sunday we will land elsewhere.

We have spent two wonderful days in Stephenville. The kindness and hospitality of the inhabitants and the employees at the airport is unequalled and the countryside is magnificent.

The airport does not have available a sufficient quantity of our 100LL fuel and so they organised three trips with their fuel truck between Stephenville and Gander (5 hours one-way) to fill us up. This problem was known when we chose our stops but the assistance of the Stephenville airport to assist our aircraft has been overwhelming. 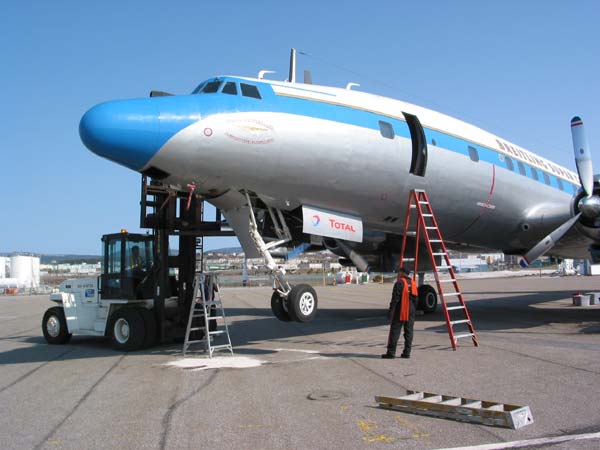 We have located the technical problem with the nose landing gear. It was found that a seal in the hydraulic system of the gear had broken and so it was changed. The airport did not have available a lifting jack (necessary to raise and support the aircraft during the retraction of the landing gear on the ground), and so we had an alternative fabricated locally and then used a 20 ton fork-lift for the testing. The aircraft then made a flight to confirm the operation of the landing gear as observed on the ground. 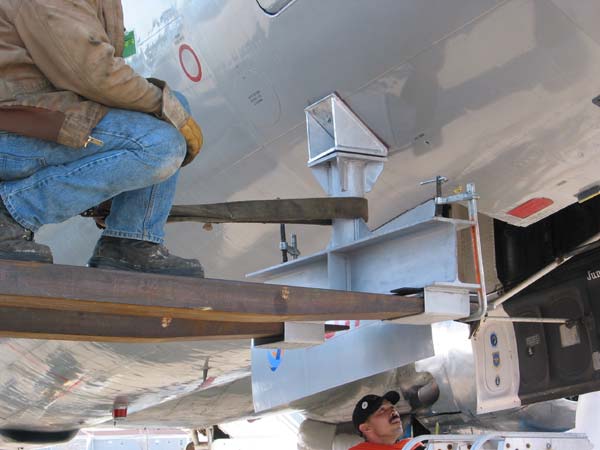 The take-off from Stephenville will be on Sunday May 2nd at 5am local time (9:30am Swiss time or 7:30am GMT). The flight will last 9 hours and 30 minutes. The landing at Prestwick is planned for 6pm local time (7pm Swiss time or 5pm GMT). We will take-off at dawn and will be able to see the 1 metre long exhaust flames which exit from the 3 power recovery turbines on each engine. We will head for Gander before flying over the Atlantic for almost 9 hours. Air France pilots making the trip between Europe and North America on Sunday have offered to contact us in the middle of the crossing to give us the latest weather and any other necessary information. 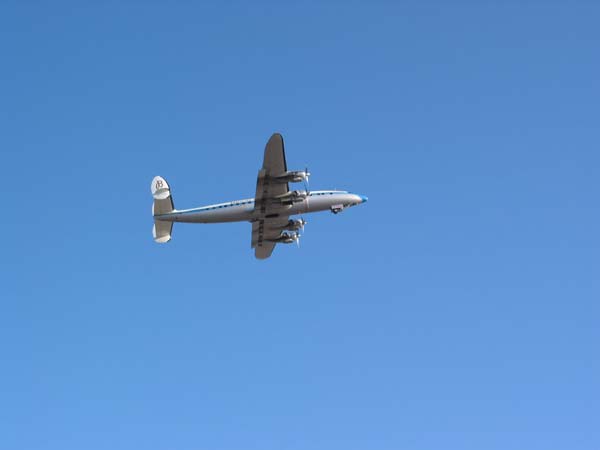 The encouragement that we have seen around the project is fantastic and makes us very pleased. As you know, it is necessary that a non-profit project relies on supporters. Our only motivation is to share our passion and dreams with all of you. We have already achieved this, as the increasing number of messages in the guestbook show.

With our best wishes